While walking along the beach in Santa Barbara-California, I noticed a stretch of breathtaking views from green surrounding mountains to the beautiful Pacific Ocean coastline, the presence of nature there is unescapable and highly spiritual. In this part of the country, nature seems to have a strong voice. When the tide is low, one can experience the state of diversity embedded in the marine and soil-based ecosystems.  From a wide range of stone shades, species of plants, birds and flowers, to mussels cemented themselves in stones displaying their range of interdependent living organisms of algae, anemones and mollusk. Here, it all seems like nature intelligence is doing its job well-supporting life resourcefully.  During my walk I had an insightful interaction with the Sea Anemones which are species found attached to rocks. These species are quite unique with mouths that open and close.  To the human touch, their defense mechanisms react and quickly close-in a system that nature has provided them with for their survival.  Thus, these organisms seem to have developed a high level of resilience which they need to be able to thrive in the harsh and unpredictable conditions of the sea shores.

This experience led me to think that nature is certainly much more diverse, collaborative and intelligent than we think, but also much more essential. Nature is a progressive source from where we can derive incredible knowledge. The problem here is that while my nature experience was truly a holistic one, these experiences are rather rare occurrences in cities.  That is because the closer we move to the city, the farther away we move from nature.  In cities like New York City, Los Angeles, and London we see how buildings, streets and cars, take the front seat and while nature sits quietly in the back seat.  So, the fundamental question we should be asking ourselves is: What is the role nature will play the 21stcentury for shaping the sustainable future of urban societies beyond the built environment? The role nature will play could very likely be a complete different one than we have seen today.

Nature intelligence has been a subject of research for scientist for generations. In his book, The Hidden Life of Trees (2015), Peter Wohlleben explains how scientists in Germany discovered that for their survival, trees develop strong ties through their roots system and concluded that “forests are super organisms with interconnections much like ant colonies.” Wohlleben goes as far to explain how the well-being of trees depends on the communities their form and how their enormous networks act as gigantic redistribution mechanisms. Trees seem to thrive in highly diverse environments where the collective networks (Like the sea networks) ensure their resilience and survival.

So how could nature be used as a tool for positive transformation of our future societies? How should we go about not only preserving green spots in the urban environment, but actually learn from nature on constant basis? Nature, it seems, can be really resource efficient in ways humans have not learned to be. When we readjust our relationship with nature in terms of finding the right balance, enjoying and learning from it, what we really are doing, is creating a fresh ground for renewing our cities.

As we have observed, many cities around the world are now working harder than ever before to improve the future of living environments in growing cities.  One example is the city of Hamburg.  The city earned the title of Green Capital of Europe in 2011 (http://ec.europa.eu/and ever since then, ambitious efforts to protect and enlarge its green network in and around the city core have been increased. In 2016, the report Hamburg-European Green Capital: 5 Years On (hamburg.de), mentioned how public parks, areas for recreation and woodland made up to 16.8 percent of the Hamburg’s urban area.  It explained how greening efforts are concentrated on enlarging the area of green spaces to the extent that about 89 percent of its population lives within 300 meters of a park.  For Hamburg, ensuring good quality of life means exposure to nature and that means making every effort to grant the general public with sufficient access to nature and biodiversity.

The planning of green areas is progressively taking a new meaning as essential for the integration of nature biodiversity in urban areas where there is a lack of opportunities for people to encounter nature. The City of Vienna is also setting a good example through a strategy for green and open spaces planned to allow more access with consideration for future generations. Vienna considers green areas as systems categorizing a number of green areas “from a zone system to network system” (Step2025, Green and Open Spaces)

For Vienna, the planning of a multi-functional green and open spaces strategy is key for maintaining and providing all groups of society equal access and amenities where to learn something about the natural environment.

Every missed encounter with nature is a missed opportunity for progress. Modern societies continue to lack the awareness and the training of what nature can truly offer for our social, cognitive, emotional, and psychological development. In fact, as a society, we have over the years, opted to break away from nature and its support system.  Provisioning sand supporting ecosystems like the colonies of Anemones in southern California coast, and forests networks is already a key message delivered. Diversity is central to our evolution, resilience and adaptation.

Thus, my encounters with the marine ecosystems in Santa Barbara taught me something valuable about the marine species, their resilience and ways in which nature is able to adapt, be resourceful and thrive even under extreme conditions.  When thinking about nature intelligence, it seems like the way we will be able to advance as a society could be heavily dependent on how well we know, connect and learn from nature as a transformative force.  On this point, progressive societies will be set apart from lagging ones.  How do we access nature intelligence will perhaps lead us to the hidden path and to a true sustainable future of thriving societies–beyond the built environment. 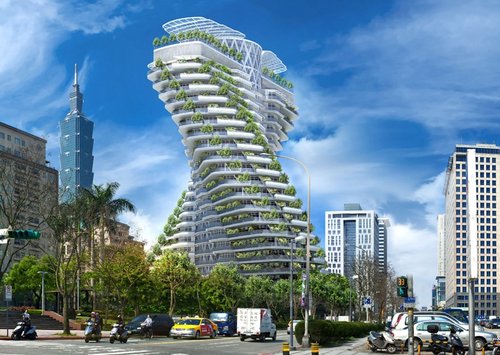 This post was first published by Markku Wilenius in May 9, 2016 Cities are places for people to work, live and dream. […] 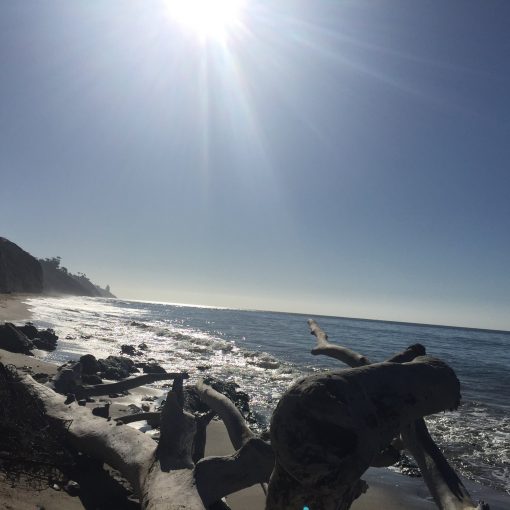